When the quest mechanic was released in the Journey to Un'Goro expansion, there were only three classes that really utilised it in the meta: Rogue, Warrior, and sometimes Mage or Priest, although the latter two were often used for the memes more than anything.

Then the Rogue quest got nerfed and it hardly saw any play, leaving just Warrior as the prevalent quest deck. So you'd think Monsanto would be bringing Warrior to the playoffs for one of Hearthstone's biggest tournaments, right?

Wrong. He's opted to bring Rogue, despite the nerf, alongside Mage. Two of the stronger quests, but they're still nowhere near as strong on paper as some current meta decks like Jade Druid, Evolve Shaman or Pirate Warrior.

His third deck? Quest Druid. That's right, he's bringing Jungle Giants, which requires players to play five minions with five or more attack. The reward? Barnabus, a five mana 8/8 that reduces the cost of all minions in your deck to zero. Powerful, but commonly considered far too slow for the current state of the game.

It'll be interesting to see whether he can pull it off as he is the only player in the playoffs to bring the Druid quest. His fourth deck, Silence Priest, isn't too common either, with most players opting for the Dragon, Big, or Kazakus archetypes.

Check out all four of his deck lists below. How has your experience on ladder been with the Druid quest? Let us know in the comments.

Hearthstone: Forged in the Barrens

Hearthstone: Madness at the Darkmoon Faire 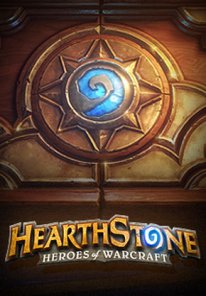