"As soon as Ellie was announced, many questions came up regarding the legitimacy of the player. We reached out to Blizzard early on to help verify their identity and calm the suspicions about our newest player, doing the best we could for the time being. During this time, we worked with Ellie to improve their public presence by prepping them for interviews, streams, and encouraging an environment where they could play with other team members publicly. This unfortunately fell through due to Ellie opting out for "personal reasons" we did not want to press them for."

"Ellie began receiving doxxing and personal threats due to their anonymity. In a bid to respect Ellie's request for privacy, we contacted Blizzard about not having their name published on the Contenders website. As a team, we admit we handled this poorly. More could have been done to support our players, but we had found ourselves unprepared for the attention Ellie got upon their onboarding; we had full faith in them. Due to our desperation to fill a roster, we unfortunately overlooked crucial information that should have been paid more attention to. We did not properly allocate enough time to communicate with the public as a means to support our players, and as a result caused more questioning that could have been avoided." 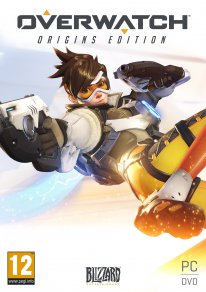