Ever since it first emerged that professional Fortnite player Turner 'Tfue' Tenney was suing his organisation FaZe Clan over disputes regarding contracts and earnings, the discussion around the lawsuit has extended beyond the esports world and has swallowed the YouTube community as well, and now Tfue has released his own statement following on from all the discussions.

This came from a brief YouTube video in which he talks about the claims that he was forced to do things like stunts, which he says he never wanted in the lawsuit, and will be removed as a result.

He also goes on to talk about the contract which is at the center of the issue, which he maintains is "bizarre" and "insane", talking about how FaZe has the ability to take his earnings. He also talks about how he wants to stop people from getting "ripped off" in the future.

At the end of the video he implores FaZe to either release the contract or let him show the contract to the world, because he currently hasn't got permission to disclose what's in there.

What do you make of this situation? 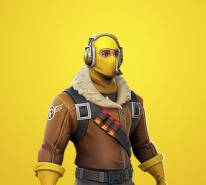