The Rainbow Six: Siege teams for Black Dragons and FaZe Clan have some of the best Brazilian players for Ubisoft's game, and now a new report from Siege.gg has claimed that both teams have been involved in match-fixing within the Rainbow Six Pro League.

Former Black Dragons analyst Thiago 'Thyy' Nicézio posted a series of now-deleted tweets (viewable here) in which he claims that their player Juninho 'GdNN1' Nunes had agreed with FaZe's Ronaldo 'Ion' Osawa to lose a game against FaZe on purpose in Season 9.

"The Pro League match played in the 4th of April was a farce, as far as I know. Gdn made an agreement with Ion in which BD would throw their PL game against Faze in exchange for a throw from FaZe in a BR6 match that will happen in the next month," Thyy writes, as translated in the report.

This saw four players from Black Dragons disconnect multiple times, giving FaZe a valuable result after a forfeit victory gave them a 7-0 scoreline, pushing them closer to the Pro League final spots. The same report claims that FaZe would then intentionally lose on June 30 in the Brasileirão.

Thyy has also posted voice recordings of a conversation he allegedly had with GdNN1 (translated on Reddit by user lucas_praado), in which the latter reportedly said: "It wouldnt change anything for us and neither for them. So f*** it," regarding the result.

Another conversation was also shared by Thyy in which GdNN1 talks to fellow Black Dragons player Pedro 'Pzd' Dutra, where we hear that Pzd's internet cable was allegedly pulled by Pzd before he was going to pull off a clutch.

"We did not have direct contact with anyone and the decision on how we would treat the match was ours. ... We played in a 'YOLO' way and without any worry about the match -- the internet crashed, and we did not have any concern," GdNN1 said on TwitLonger after the accusations emerged.

That said, both owners of Black Dragons - Nicolle 'Cherrygums' Merhy and Denis 'Pings' Vidigal - have fought back against the accusations by posting screenshots of WhatsApp messages here and here. These indicate that the internet was actually down at the time, and Pings also adds that these accusations are a result of Thyy wanting revenge of GdNN1.

Thyy has since said he's left the team and forwarded all the information on to Ubisoft, with the Black Dragons Twitter account stating that GdNN1 has been removed from the team until everything has been investigated. He's also been fined as well.

We will keep you updated as this story develops. 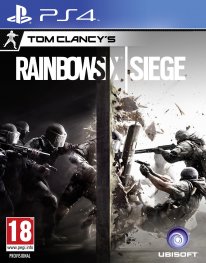