Noble has revealed its latest Valorant team that features five players and two coaches, after running several different rosters over the past few months.

The new Noble roster is as follows:


With Austin "Apex" Copeland and Andrew "aRubyz" Seewer as the coaches.

This new roster for Noble comes from the C-Tier organisation Phoenix1, who have been competing in smaller tournaments over the past few months. Now under the Noble banner, and with more resources and support, this roster will no doubt be eyeing up the larger scale Valorant Champions Tour events that have been taking place recently. 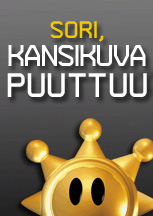